A new chapter for the Caribbean?

The EU's infamous tax blacklist and the Caribbean international financial centres are in the midst of regulatory upheaval. The outcome will determine the nature of the region's industry for years to come, writes Pedro Gonçalves in a feature article from our Caribbean special report.

Blacklists have been a feature of tax diplomacy ever since an internationally co-ordinated assault on tax havens began in the late 1990s. Under pressure to ‘name and shame' at a time of postcrisis austerity, the European Union compiled a list of countries it viewed as "non-co-operative" on tax.

In 2015, the EU issued its first blacklist, only to withdraw it after criticism by the OECD, international organisations, and others. In 2016, the EU issued new criteria to determine whether governments met the standards of "good tax governance".

Currently, the EU requires that entities in specific sectors meet "substance" in the form of employees, premises, and expenditure if they are incorporated, operating in, or tax resident in low or no tax countries.

On March 12, 2019, the EU finance ministers updated the EU list of non-cooperative tax jurisdictions. The list now has 12 countries, following the removal on 17 May of Bermuda, Aruba and Barbados, and is part of the EU's fair taxation initiative.

The Caribbean region has been one of the most hit with the evaluation of the jurisdictions taxation regimes and has united in discontent to what it views as a "persistent threat". The EU claims the list encourages cooperation and positive change. Non-profit organisations like Oxfam say the initiative only whitewashes tax havens. No issue seems to bring out as much love/hate feeling as the blacklist in the world of international finance.

The EU is taking a hard stance to clamp down on tax evasion and those countries blacklisted face sanctions from the European Union. There is also a "grey list", comprised of countries committed to improve their tax practise or risk being blacklisted. Following the first publication of the list many countries have implemented changes to comply.

For instance, on 17 December Cayman published three new bills in an attempt to stay off the blacklist, one of which requiring increased substance for Cayman operations. Similarly, the BVI fast-tracked legislative changes to satisfy the EU's tests. The rationale of the lists is to push countries to reform their fiscal systems.

One motivation for the increased scrutiny from the Commission is the wealth held in tax havens. It is estimated it at 10% of world GDP across countries.

One report estimated a European tax gap of €825bn per year, resulting from domestic tax evasion. In another study, the estimated lost tax revenues (accounting only for financial wealth) was $200bn per year, globally, with a stock of around $7.6trn at the end of 2013. In Europe, the number is $75bn per year.

Looking at the broader picture, International Money Fund chairman Christine Lagarde argued in the Financial Times for an urgent overhaul of the system: "The public perception that large multinational companies pay little tax has led to political demands for urgent action."

"Europe is open for business but Europe is not naïve and needs to protect its financial system," said the Commission's justice chief, Věra Jourová. However, as the EU protects its business, the decision has hit the heart of the Caribbean nations economy: the financial sector.

Nine other countries in the region are placed on a so-called grey list: Antigua and Barbuda, The Bahamas, Barbados, Bermuda, St Kitts and Nevis, Saint Lucia, Anguilla, British Virgin Islands and the Cayman Islands.

CARICOM has expressed concern that the listing constitutes an infringement of its sovereign right of self-determination and is starting to border on anti-competitive conduct targeting the decimation of international business and the financial services sector in the Caribbean.

Claire Simm, managing director in the compliance and regulatory consulting practice at Duff & Phelps said: "The EU blacklist may be viewed as coercive rather than co-operative to the offshore world, but it is in fact part of a global process which involves the harmonisation of international tax rules and practices to ensure a level playing field is in place for all jurisdictions."

"Cooperation between the international financial centres of the EU and the Caribbean, as well as the implementation of standards around substance, is an important step in combatting harmful tax practices. While the perception in the eyes of those most affected may be that this is coercion, the reality is that it is about the development of a modern, internationally connected financial system in which all players adhere to the same standards."

The Caribbean Community's (CARICOM) secretary-general said the EU's self-determination of what constitutes good tax governance "reeks of a by-gone era which came to an end with our political independence".

Irwin LaRocque believes the blacklist to be a "persistent threat" to the development of the Caribbean and that the EU's "shifting" tax compliance requirements are trespassing on the region's sovereignty.

CARICOM and its members have complained that the blacklisting has caused severe reputational harm to the small and vulnerable small jurisdiction.

CARICOM complains the EU is not abiding by the principles underlying the UN Addis Ababa Action, which require shared responsibility, mutual accountability, fairness, solidarity, and different and evolving capacities concerning the mobilisation of resources to achieve the 2030 Agenda for Sustainable Development.

In this regard, the EU has not taken into account the limited capacities of small jurisdictions and the many demands on their resources by international organisations.

"Financial services provide significant revenue for many of our Member States and therefore are an important source of domestic resources. The mobilisation of domestic resources was recommended by the United Nations Addis Ababa Action Agenda as a major part of the finances needed to achieve the UN Sustainable Development Goals", LaRocque said.

The CARICOM secretary-general said that the "onerous requirements being imposed are constantly shifting and go beyond those established by the OECD."

CARICOM has highlighted the EU Council's view that Barbados "has replaced a harmful preferential tax regime by a measure of similar effect and did not commit to amend or abolish it by the end of 2019".

Barbados reviewed its corporate tax regime in 2018 and decided to undertake tax convergence, removing the alleged preference accorded to the international business sector. As a result, Barbados currently applies a tax rate of 1% to 5.5% on the taxable income of all corporations registered in the jurisdiction.

"Barbados, in its sovereign right, and having looked at its own fiscal situation determined that it would tax all entities at 5%. Nevertheless, the EU blacklisted Barbados saying that 5% is too low. That impinges on Barbados's sovereignty," St Kitts and Nevis foreign affairs minister, Mark Brantley, said.

Timothy Harris, prime minister of St Kitts and Nevis, said that heads of government have asked the EU to cease blacklisting of CARICOM Member States that have already made commitments to reform their tax structures. He added that concern was expressed that there was an element of "irregular behaviour" in the process by which any country could be blacklisted under the EU system.

"We do not think that it has the appeal of a democratic process or a consensual process and we take exception to that matter. Each time there is one problem and that problem is addressed, by the next time the EU comes around there is a second and third problem. So, the goal post keeps shifting in a way that makes management of the industry difficult and creates uncertainty," Harris said.

For Richard Hay, from London-bases legal firm Stikeman Elliot, the problem with ceding rights is that it never stops. "Those countries that have accepted EU dictation on design of their domestic laws to avoid being blacklisted now have a foot on the escalator - the EU will be back for more next year and in the years following," Hay said.

The British Virgin Islands said it expect its financial services sector to soar as the new economic substance rules are expected to triple the number of persons employed by the industry.

Since the EU demands offshore financial services companies to set up physical offices in the jurisdiction, the BVI anticipates a boom in hiring. According to the director of international business at BVI Finance, Neil Smith, while the 400,00 plus registered companies in the island's financial sector will be reduced, the number of persons involved in the sector is likely to triple on the ground.

"That is where we will benefit, because you will have more people here buying clothes, food, payroll taxes," he added. "It is a trade-off, so that is why we are excited".

The EU has also defended its list saying that just last year, several jurisdictions implemented concrete measures to fix problems identified in their tax systems. "60 countries took action on the Commission's concerns and over 100 harmful regimes were eliminated," is added.

Over 20 jurisdictions have taken steps to bring their tax transparency standards into line with international norms, and even more should do so by the end of 2019.

However, criticism about the blacklist is not confined to the Caribbean nations' voices.

ORDER IN OWN HOUSE

The European Union has "lost its nerve" over naming and shaming tax havens as it moved to give nine countries a "clean bill of health", according to an Oxfam report.

Oxfam tax adviser and author of the report Johan Langerock said the EU was "bold" to establish its list of tax havens to help stop tax dodging in December 2017 but since then seemed to have "lost its nerve".

"European governments appear set to whitewash some of the world's worst tax havens," Langerock said. "The EU must beef up its blacklist or this whole process could be a farce."

The analysis looked at whether promises and reforms made by ‘grey-listed' countries met the bloc's criteria for being removed from the list or blacklisted.

For real impact, the EU must also tackle tax havens within its own territory. The report highlighted that Cyprus, Ireland, Luxembourg, Malta and the Netherlands would appear on the blacklist, were it not for the fact that EU member states are given an automatic exemption.

THE FUTURE LIES WITH INNOVATION

In the future, the small Caribbean international financial jurisdictions that survive are likely to be the ones that continue to quickly innovate. Cayman, in particular, has achieved success in innovating due to the comparatively large size and sophistication of its financial sector.

In addition, the close collaboration between the private sector and the government has enabled Cayman to anticipate and quickly respond to international regulatory developments, such as the EU listing exercise.

The coming 12 months or so should reveal whether or not other Caribbean jurisdictions will take Cayman's lead, and usher in a new era of financial services innovation for the region.

Spain signs up to the GSG for Impact Investment 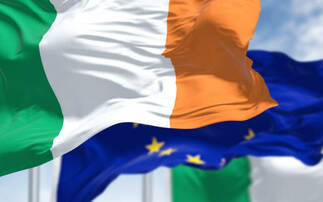 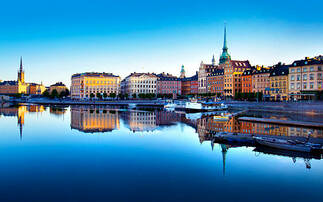