The loss of domestic and international confidence has resulted in a rapidly slowing economy, one of the world highest inflation rates in the world - running at more than 54% -, short-term interest rates in the excess of 70%.

Argentina has also seen its peso lose half its value and unemployment soar, sparking protests in the streets of Buenos Aires amid a food crisis.

Under the new measures, anyone purchasing foreign currency must present a sworn oath stating he will wait at least five days before using it to purchase bonds.

President Mauricio Macri's decision to implement controls follows his crushing defeat in the August 11 primary elections to opposition candidate Alberto Fernandez. Left-wing Fernandez seems almost certain to win the October election, bringing with him Cristina Fernandez de Kirchner, the former president who allowed Argentina to default in 2014, as his vice-president.

The sharp turnaround in Macri's fortune has scared investors and sent bonds, stocks and the peso currency plummeting on market fears over a potential return to the interventionist policies of Kirchner's previous government.

The currency crisis is causing wealthy Argentinians to move their millions across the Río de la Plata to Uruguay, giving the wealth management sector in that country a renewed push.

"Many clients who were thinking about going to local institutions in Argentina have stayed with us," he added.

The financial crisis in Buenos Aires could give a fatal blow to Argentina's offshore advisory industry. Under Macri, the market regulator, Comisión Nacional de Valores (CNV) created AAGI licenses, which allowed local advisers to manage both onshore and offshore assets.

The previous framework made offshore advisory illegal and the new licenses were seen as a way to inspire wealth managers to look again at Argentina's wealth space.

However, the bureaucracy involved in obtaining a license - to date only two firms have secured an AAGI -, the strict compliance requirements and higher taxes advisers would have to pay in Argentine have pushed many firms and bankers to settle in Montevideo.

Last year, RL360 continued its Latin America expansion with the addition of a new office in Montevideo, Uruguay. The move was seen as a show of confidence for the potential growth in the region.

Don't cry for me Argentina

As investors flee the country and banks such as Goldman Sachs and Barclays have revised down their bets on the economic outlook, the current administration was forced to seek to pacify the markets with a re-profiling of the nation's debt, price freezes, minimum wage hikes and even capital and currency controls.

Argentina was also pushed into asking for help to the International Monetary Fund (IMF). It is the 22ndtime in the last 60 years that Buenos Aires seeks help from the IMF, making Argentina a record holder.

In June 2018, it secured a $50bn loan, the largest loan ever granted by the IMF. With it came conditions, in the form of sweeping austerity measures.

Something that did not sit well with the working population used to a previous free-spending populist government and is one of the reasons behind the government's first defeat in the August elections.

Markets went into a tailspin amid fears that the October elections will result in a return to populism, which would violate the IMF deal and could spark yet another debt restructuring.

"As in Agatha Christie's Murder on the Orient Express, almost everyone involved has had a hand in Argentina's ongoing economic and financial debacle, and all are victims themselves, having suffered reputational harm and, in some cases, financial losses," said Mohamed El-Erian, chief economic adviser at Allianz.

"Yet those costs pale in comparison to what the Argentine people will face if their government does not move quickly - in cooperation with private creditors and the IMF - to reverse the economic and financial deterioration," he added.

Standard & Poor's cut its rating on Argentina's creditworthiness further into junk bond territory as it judged the country to have defaulted on its debts again, after Buenos Aires announced it was extending the maturity of several of its government bonds.

S&P said this amounted to a default, making it the ninth time Argentina has reneged on its debts and the third time this century.

The rating agency said it was downgrading the country's credit rating to CCC, the lowest possible. A move quickly followed by Fitch.

Argentinian president Mauricio Macri finds himself running for another term under economic and financial conditions he promised to improve after the chaos of Kirchner's presidency.

The markets and the people of Argentina are running out of patience. 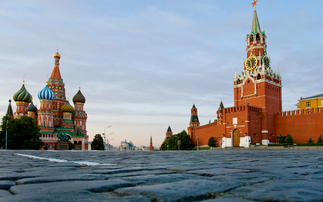