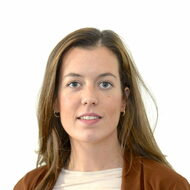 Eugenia Jiménez speaks Spanish and is Iberia Correspondent for Investment Europe covering Spain & Portugal, as well as assisting with coverage of Italy. She holds a UK NCTJ- accredited Multimedia News Reporting course and studied Journalism at the University of Sevilla. She has worked for local media organisations in Sevilla and Málaga, mainly in broadcasting as a news reporter, among other roles. She has also worked for a local newspaper in Sevilla, reporting on current affairs, local government and culture.

Coronavirus: "There is no need to close the stock exchange," says Italy's Consob

Women In Investment Awards Italy 2020: An insight into the judging task